If you are a newbie to the world of the sport that is air gunning, you might think perhaps that your only options are the spring piston (springers) or the pre-charged pneumatic (PCP). While it is true that these two types stand at the top of the ranks in air gun popularity, especially noticing how the likes of hunters and target shooters tend to lean heavily on these two types, other types of air guns very much exist.

In this section we shall take a virtual walk through the history of airguns with the hopes of getting a handle on the different types that exist.

A gas-ram springer is very much like a springer gun in terms of its main qualities, the only difference being that it does not have a spring, but instead contains a sealed gas spring compartment. Such guns gained a steady level of popularity in the air gun market in the 1980s when the British air gun brand Theoben pioneered their gas-ram power plant. 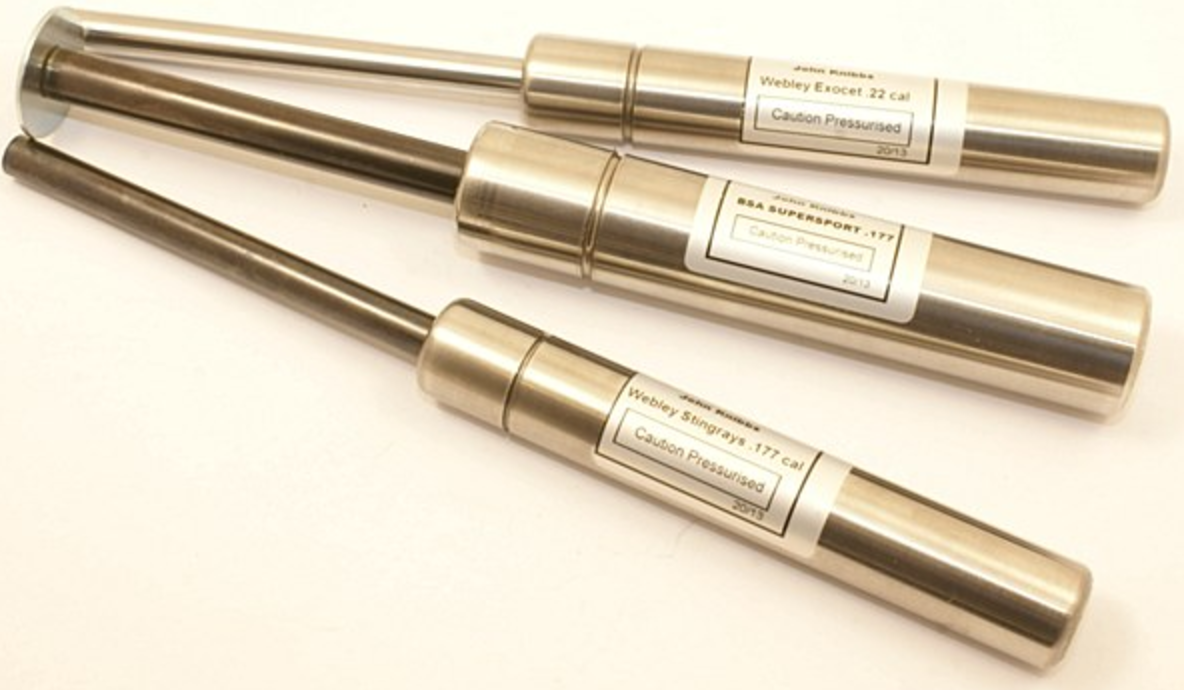 Gas-rams work by having pressurized air or nitrogen that is held within a special in-built unit within the piston, and which is pressurized further once the gun is cocked, as opposed to a coiled steel which is compressed once the rifle is cocked in place. When the piston is fired, the gas within expands, moving the piston in a forward motion.

Gas-ram pistons possess numerous advantages, especially when compared to their spring-powered counterparts. The former lasts much longer than the latter, where the spring typically weakens and breaks with use, in most cases lasting an average of a decade, more or less. Gas-rams are also typically much lighter than spring guns, meaning that a pellet can be taken out of the muzzle at a much faster rate than in coiled steel, and their power ranks a fair bit higher than that of spring pistons.

However, gas-rams can prove tough to cock when compared to springers, and have a tougher firing cycle, as they tend to jolt, to the dismay of some shooters. These disadvantages do not outweigh the advantages of the gas-ram for many air gunners; even though in recent history PCPs outweighed the sales of gas-rams, the sales of the latter have seen a steady increase.

Pre-charged Pneumatic Air guns (PCPs) have their origins over 300 years ago, even if their popularity has only taken off in the last two decades, give or take a few years. Many shooters the world over love PCPs as they offer great accuracy and shooting without significant recoil, and very minimal cocking effort. PCPs give shooters many shots in a single charge, presenting shooters of the likes of hunters with the perfect opportunity should, for some reason, the first shot prove unfruitful. The PCP’s power source is a cylinder composed of compressed air, namely a buddy bottle. When a shot is taken, air is promptly released under pressure from the piston’s cylinder by the firing valve, propelling the pellet down the barrel.

PCPs are made with ample precision and contain a lot of internal technology similar to that of valves, but at the same time they are at risk of contamination, which can stop them from working. Unlike the spring-powered counterparts, PCPs require servicing overtime, which can result in hefty sums being forked out.